Standardized Testing Just Can't Continue To Be Our Answer:
http://www.washingtonpost.com/blogs/answer-sheet/post/when-an-adult-took-standardized-tests-forced-on-kids/2011/12/05/gIQApTDuUO_blog.html

What a Reputation Means

The Myth of Rankings

Keep in mind, this is not on-campus housing for first year students. That is the important transition and should not become what the West 27th Place is described as being.
But if that's what one wants during soph. year and beyond, go for it:
http://www.latimes.com/business/la-fi-luxury-student-housing-20110904,0,737126.story
--
Brady Norvall, M.A.
FindabetterU.com
collegecounseling101.blogspot.com
Education Counseling
954.254.7113 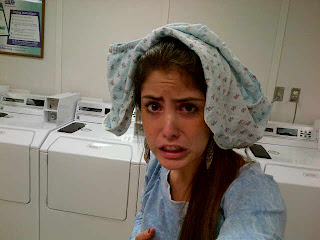 Apparently, I can't prepare my students for all the excitement college has to offer. Celeste's first battle w the laundry room -- her first shot at washing her own clothes, EVER! Don't let the pic fool you, though. No one was injured in the handling of this load of laundry!
Cheers,
Brady

Tell your friends about
collegecounseling101.blogspot.com

Please consider the environment before you print this email.
Have a great day 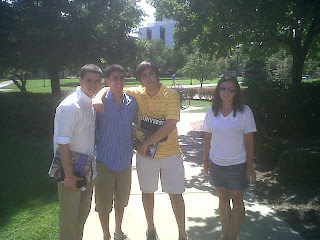 Marquette University in Milwaukee, WI., with 3 of the men and Maria, our personal (and awesome) tour guide!
Cheers,
Brady

Have a great day!
collegecounseling101.blogspot.com

Do consider the environment before printing this email

I want all my students to learn Mandarin ...

and I want them to be cordial, thoughtful and mindful of issues that involve people a world away. Because everything is connected:

What a smart young lady!

While every year there seems to be a furor over which school will come out on top of all the others in the various rankings, there is hardly ever fluctuation in the top U.S. colleges- let's say, the top 20 list. Much has been argued regarding the elitism of the rankings and the vicious cycle they create for the coveted spots, essentially that those top U.S. colleges will remain at the top because

... each year these lists basically generate earnings for the universities, thus separating them from the pack even more with the resources they have and the amount of, well, everything, that they can offer to students. The order goes like this: Make list, make money, make yourself better with money, thus making list again, to make more money, to --- well, you get the drift.


The point is, the top U.S. colleges are considered the best for a variety of reasons, none of which guarantee a student's happiness. As we know, students do drop out of Harvard, Stanford and Yale every so often. These schools also have students who transfer to other universities, just as any other school may. We also have to remember that the money and resources of these universities are more often than not geared toward research and other areas which will, again, increase the prestige of the school. As an example, if you love anthropology and archaeology, you're in luck because on campus is the Peabody Museum of Archaeology and Ethnology, a wonderful tool to complement your studies while on campus. While that's impressive, one also has to know that this doesn't guarantee a professor will be teaching your anthropology 101 course. On the contrary, I would put my guess on a doctoral student.  Does that make it worse? Some would say that this is not what a $50,000+ price tag should get students, but people continue to shell out that money and many more are willing to do it, even if they're not really able. As well, attending Stanford University, in picturesque Palo Alto, might be the least expensive one can find to live in that area, with meals and some serious learning included. This fact could be a positive or a negative characteristic, depending on how you view it. But the one thing that is for certain and which remains one of the great things about the top U.S. colleges: they're real experiences.

Alumni leave these schools with a greater sense of affinity to their alma mater than Tier 2 schools, or even those schools in the last quarter of the top 100. But these schools are not for everyone and they shouldn't be, either. The top U.S. colleges, through whichever ranking you read, are only there because there is a ranking system, period. Many wise professors and students are currently at universities and colleges all over the country, those which do not perennially inhabit the top U.S. college lists. Someone said to me once, when my wife was first pregnant, "the toys for kids are everywhere. Toy stores are so obscene it's sickening. All my kid ever had was a few tupperware and wooden spoons and she was such a happy kid". She was one of my students. Really a brilliant and content young lady. She actually had the chance to go to a top U.S. college and decided against it. She didn't feel that there was enough creativity on campus when she went to visit.
--
Brady Norvall, M.A.
FindabetterU.com
collegecounseling101.blogspot.com
Education Counseling
954.254.7113 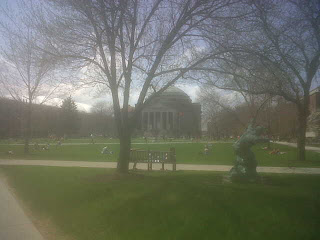 Just another (spring) day at Syracuse University. The students are out in full force, soaking up the unusually perfect weather.
Cheers,
Brady

Tell your friends about
collegecounseling101.blogspot.com

Please consider the environment before you print this email.
Have a great day

Test Prep Courses: Worth the $ or not?

Students: Do the prep YOURSELVES!!!

This is why going to college is not enough. It's why high school students have to be immediately ready for the challenges and transition of the process. If not, then Thiel is right. If they are prepared, though, then they will be the ones who do reap the rewards that even Thiel cannot deny.
http://techcrunch.com/2011/04/10/peter-thiel-were-in-a-bubble-and-its-not-the-internet-its-higher-education/
--
Brady Norvall, M.A.
FindabetterU.com
collegecounseling101.blogspot.com
Education Counseling
954.254.7113

Smartest Cartoon on the Planet!

My favorite public university in the country: it's time to pay attention to the trends!

Rejects? I don't think so:

It's pretty ugly out there ...

Writing is SO Important:

Hello!
For those who are interested in the latest rankings for undergraduate business schools, here they are, the top 51:

For those who applied to Tulsa this year, we did well, predicting their rise ... all the way to #33, ahead of USC, Northeastern and Maryland, to name just a few!

Granted, I don't think rankings are always the most accurate and I hate how they are used as marketing devices, but what we're all looking for is a global network and, as you will see in the article which introduces the rankings, that is the emphasis with undergraduate business schools, also!

Important Reading for the Ranking Obsessed 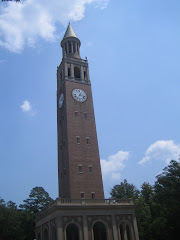 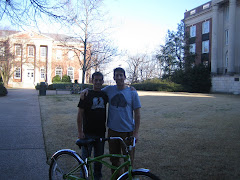